Chennai will begin their campaign against Kolkata on March 26 in a rematch of the last season’s final. They are scheduled to play eight out of their 14 matches in DY Patil Stadium and Wankhede Stadium. Bangalore, Hyderabad, Gujarat, Mumbai, and Punjab are the five franchises that will play two games against Chennai this season. The four-time winners lock horns with Rajasthan in their final league stage fixture. 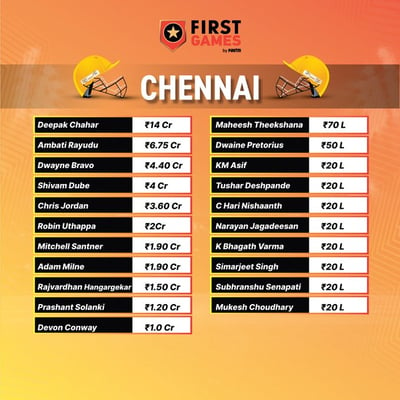 Which is the best fantasy cricket app?

5 Reasons why you Should Play Fantasy Cricket

What is Razz Poker? An absolute guide on how to play razz

Rummy Game Terminology: All you need to know about online rummy glossary